Ludogorets topped the ranking and warmed up properly for their visit to Betis from the Europa League - with 4:0 over Botev in Vratsa. The hosts... 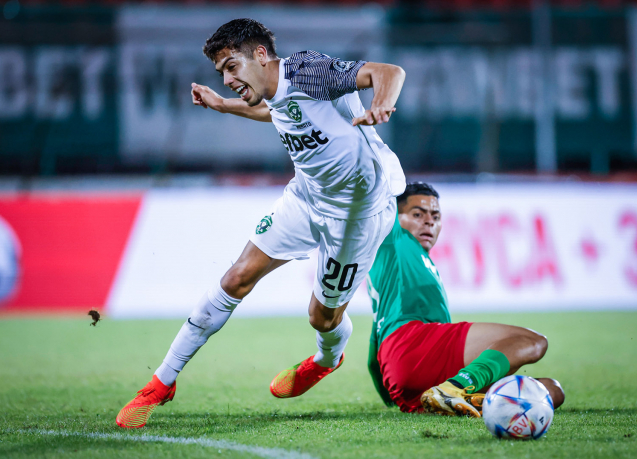 Ludogorets topped the ranking and warmed up properly for their visit to Betis from the Europa League - with 4:0 over Botev in Vratsa. The hosts played with a man less from the 2nd minute when Martin Kavdanski was sent off with a straight red card. This made it easier for the champions, who went wild and led 3:0 until the break after two goals by Kiril Despodov and one by Matis Tissera, which came after an assist by Despodov. The final 4:0 was made from Cowley in the game extra time. The match was played in pouring rain. Otherwise, the hero of the match with Roma made his debut as a starter - Nonato.

Martin Kavdanski received a red card in the 2nd minute. He performed quite badly Spas Delev. Referee Georgi Davidov first gave the defender a yellow card, but after VAR intervened and reviewed the situation, Kavdanski was sent off.

Logically, Ludogorets pressed and in the 9th minute reached a very clean position. Kiril Despodov crossed from a corner, at the first post Igor Plastun deflected for the completely uncovered Matias Tissera, who, however, intercepted poorly and the ball hit the post.

In the 17th minute, the champions took the lead. Rick Jhonatan broke through and found Kirill Despodov, who scored with an outside foul. A shot by Rick followed, which ricocheted and almost deceived Krasi Kostov, but still the ball did not find the goal. In the 26th minute, the intrigue game ended. Matias Tissera was accurate, taking advantage of an excellent pass by Kiril Despodov. Another pass by Despodov followed - in this case to Spas Delev, who, however, missed.

In the 40th minute, Ludogorets were awarded a penalty after Despodov charged down the right and Messi slipped and brought him down in the box. Behind the ball stood the victim, who made no mistake - 3:0.

In the second half, Rick could have scored, but Krasi Kostov kicked out. In general, however, the "Eagles" sharply reduced turnovers, obviously thinking about the visit of Betis in the Europa League.

In the 78th minute, the hosts got a goal through Clary Server, but it was canceled out due to an off side earlier in the attack. Otherwise, the fourth goal was scored by reserve Cauly in the continuation of the match, assisted by Matias Tissera.