CSKA-Sofia took the win against Ludogorets in the XV round. This was the first loss of Dimitar Dimitrov as a Head coach of the champions, and it... 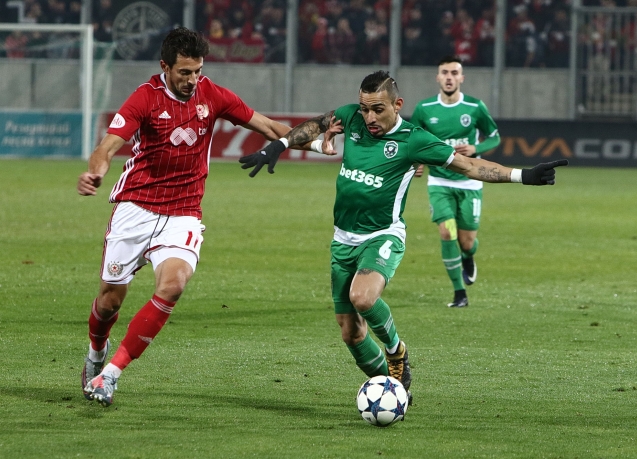 CSKA-Sofia took the win against Ludogorets in the XV round. This was the first loss of Dimitar Dimitrov as a Head coach of the champions, and it happened in his 20th game in the position. After this win, “The Red Team” is only two points behind the overall leader.

The coach had a penalty for the match. He chose the 4-3-3 grid and left Wanderson out of the main composition. Lukoki and Misidjan were wing-backs, and the middle of the field was taken over by Dyakov, Campanharo and Anicet. Just 40 seconds after the start Culma hit Plastun with his elbow, but the Columbian was not given a red card fo the penalty. Campanharo shot above the crossbar after a continuous attack. Three minutes later Tiago made a huge miss. Natanael made a mistake, Manolev broke through and passed to the Portuguese player, who was in a good position, but his weak right foot kick sent the ball out. Shortly after this, Bodurov also made a mistake and passed to Campanharo, who then tried to pass to Campanharo, but Cerniauskas crossed the ball’s path. After the first fifteen minutes both teams started to play with caution, and “The Eagles” showed signs of fatigue after the hard games against Levski and Braga. Gradually the home team occupied the center of the field and pushed their competitors in their half. Misidjan passed accurately to Anicet in the 23rd minute, but the following scissor shot did not reach the gate. Five minutes later Culma overthrew Broun and scored, but the goal was canceled due to an offside. Ludogorets was close to scoring a goal in the 35th minute. Lukoki went ahead from the right and passed to Misidjan, who kicked the ball higher than the gate.

The second half started with a faster pace. Marcelinho made a breakthrough from the left sied. He was in control of the ball and passed to Campanharo, who got himself among the other team’s defense and passed by Malinov, after which he casually sent the ball in Cerniauskas’ net, making the score 1:0. Caranga made the visiting team’s fans explode in the 57th minute. Tiago passed to Caranga after a corner shot, and then he overthrew Moti in the air and scored for 1:1. Later the Brazilian was spared by the referee Dragomir Draganov after hitting Moti with his leg, but did not receive a second yellow card. Ludogorets responded to the goal by another situation in which Lukoki was not accurate, unfortunately. Draganov finally kicked Caranga out, because he hit Moti again, and got the deserved red card. The replacement player Mercado shocked the home team in the 71st minute. Tiago shot from the corner point and the Ecuadorian got to the ball and immediately sent it towards the gate, scoring a second goal for CSKA-Sofia! The coach Dimitrov reacted instantly and sent Keseru and Wanderson on the field. Marcelinho tried to score with his head in the 81st minute, but Cerniauskas saved. A kick by Wanderson followed, but it was not strong enough. The home team tried everything possible to score a goal until the very end, but did not manage to create a single situation. 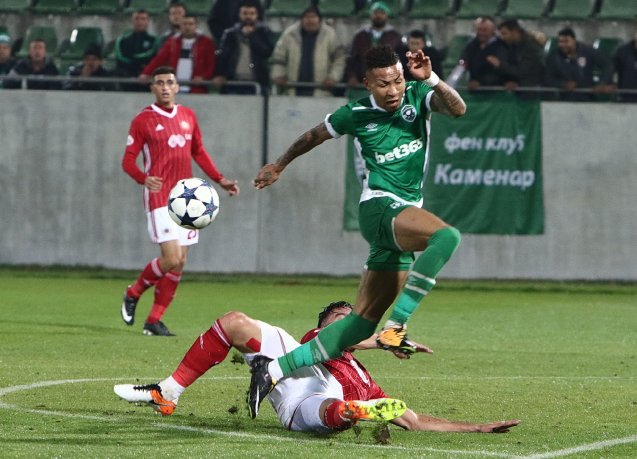