Ludogorets accomplished a record-braking transfer for the Bulgarian football scene. The Brazilian midfielder Jonathan Barbosa – Cafu was sold to one... 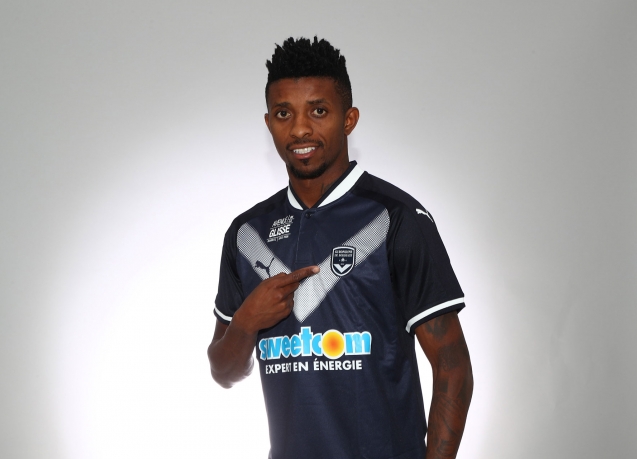 Ludogorets accomplished a record-braking transfer for the Bulgarian football scene. The Brazilian midfielder Jonathan Barbosa – Cafu was sold to one of the most popular French clubs – Bordeaux. On Wednesday noon the carioca, who was one of Ludogorets’  main stars in last year’s edition of the Champions League, successfully went through all medical examinations, after which he signed his contract with Zinedine Zidane’s ex-team – six times champion of France. At 15:30 Bordeaux officially introduced Jonathan Cafu.

“With Ludogorets I managed to reach the top football level in the Champions League. I hope to experience the same success with Bordeaux – one of the strongest teams in France”, said Cafu.

The Brazilian is the third Ludogorets player who has been sold to a major European club. A few months earlier Jose Palomino was transferred to the fourth club in the Italian championship – Atalanta (Bergamo). Two and a half years ago the Brazilian right fullback Junior Caicara went to Schalke 04.

The management of PFC Ludogorets, as well as the coach crew, administration and all of the employees would like to than Cafu for the incredible amount of emotions that he brought with his strong performance, for the breathtaking goals in some of Europe’s most serious teams’ gates, but mostly for being extremely loyal to Ludogorets from the first to the very last day at the club.

We thank you, Cafu! You are an amazing player and a gentleman. We have no doubt in your future success as a part of Bordeaux. You are always welcome and will be greeted with honor on “Ludogorets Arena”.