Ludogorets made a strong performance and defeated 3:1 Hapoel Beer Sheva, but discontinued their path through the qualifications for the Champions... 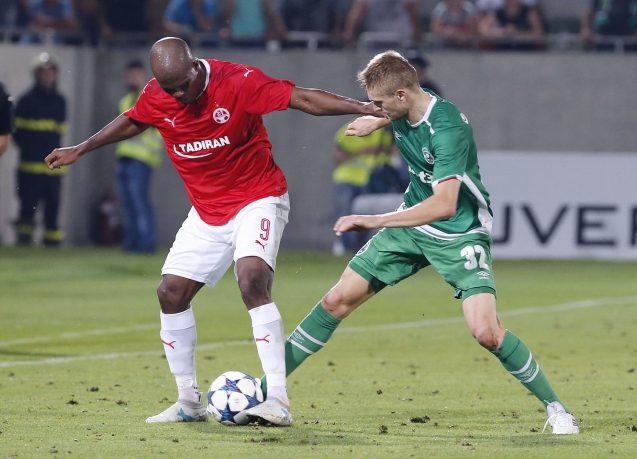 Ludogorets made a strong performance and defeated 3:1 Hapoel Beer Sheva, but discontinued their path through the qualifications for the Champions League because of the goal scored by the Israeli champion in Razgrad.

Ludogorets started the game fiercely. In the 4th minute the host played well on the right side, a powerful shot towards the center by Marcelinho followed, but Keseru missed by just a little bit to receive it with his head. The pressure created by “The Eagles” over their opponent resulted in five minutes later, when Wanderson scored the first goal. During a quick counterattack, Cafu passed to Marcelinho on the right, who passed to Wanderson and he overthrew Naimov for 1:0. After this Hapoel moved the action in Ludogorets’ half, but in 24th minute the Bulgarian champion had the chance to score again. Marcelinho and Natanael made a good combination on the left side, after which the defender shot and Keseru received the ball. The Romanian shot from 10 meters, but a Hapoel defender made a swing and prevented a second goal.  In the 28th minute Ludogorets miraculously missed a second goal again. Wanderson combined with Marcelinho and found himself in a great shooting position, but after he took the shot, the ball passed only a few centimeters away from the right gate beam. The Brazilian had a choice to pass to Keseru, who stood in front of an empty gate, but he did not see him. Considering Ludogorets’ performance, the logical thing happened in the 33rd minute, when they added a second goal to the score. Anicet fought for the ball and passed to Dyakov, after which the team captain passed to Wanderson, who was alone against the gatekeeper. The Brazilian was accurate and made the score 2:0. In the40th minute a new brilliant attack was performed by Dyakov and Wanderson, after which the ball went to Cosmin Moti, who shot dangerously, but the ball flew pass the gate. Until the end of the first half Geordi Dermendzhiev’s players were more careful and did not let a single shot towards their gate for the whole 45 minutes.

Ludogorets continued to dominate and Marcelinho scored a third goal in the 56th minute. Cafu fought for the ball in the center of the field and passed to Marcelinho. The Brazilian shot, but after a ricochet, the ball ended up in the air, where Keseru managed to touch it with his head, thus sending it towards Marcelinho. The playmaker left zero chances to Naimov. After these events, it seemed that Ludogorets had total control on the field, but then Cafu made a mistake in the center. Hapoel quickly organized a counterattack – Kadir shot and after the ball made a ricochet of Plastun, it ridiculously flew past Broun and finished in his gate. Around this time, Dermendzhiev decided to increase the attack action and replaced Anicet with Virgil Misidjan, thus leaving the team with only one midfielder – Dyakov. In the 73rd minute Hapoel was very close to a second goal.

Nwakaeme passed to Gadir, who missed from a short five-meter distance. Ten minutes before the end Marcelinho scored a goal with his head. The referee decided that there was an ambush and overruled the goal. The guests had another chance to score after an arbitrary penalty shot in the 86th minute, but Ogu sent the ball high above the woodwork. 120 seconds later Ohana made a foul and had to leave the game because of the second yellow card. In the 90th minute Ludogorets had their chance for the crucial fourth goal, when Wanderson shot from about five meters with his head, but the ball went out. Until the end of the game Marcelinho also left the game because of a red card, and a Hapoel player was very close to scoring after he hit the left gate beam. The bottom line is that with a lot of luck the Israeli champion managed to eliminate Ludogorets. 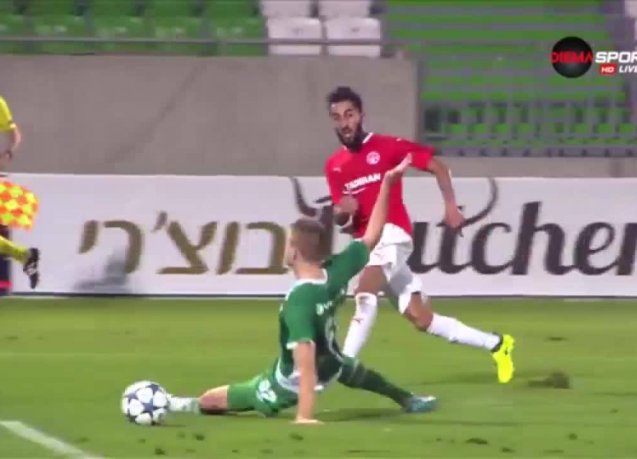