Ludogorets took the win against CSKA – Sofia in game, which was part of the First league. The team from Razgrad played without six of the main... 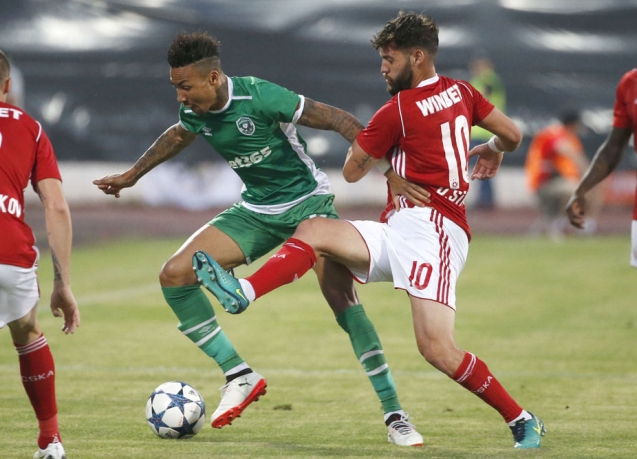 Ludogorets took the win against CSKA – Sofia in game, which was part of the First league. The team from Razgrad played without six of the main players – Cosmin Moti, Svetoslav Dyakov, Marcelinho, Cafu, Wanderson and Claudiu Keseru, but despite that the hosts could not achieve a single point. They created only one goal situation in the game, but it was not even close.  In the 57th minute “The Red Team” lost one of their players after Mercado received his second yellow card, which led to a red card.

The first dangerous situation in the game was Quixada’s shot from a 25-meter distance in the 5th minute, but the ball went over the gate beam. In the 10th minute Kitanov saved Lukas Sasha’s shot out of the penalty zone. In the 24th minute Ludogorets almost scored, when Lukoki passed to Joao Paulo, then Bodurev slipped and let the Brazilian go head on towards Kitanov, but the gatekeeper managed to save. In the 36th minute CSKA-Sofia created their single goal situation. After a shot from the left towards the center, Caranga prevented Natanael from reaching the ball, thus passing to Despodov, who shot from about ten meters, but Broun saved. A few seconds before the end of the first half, the hosts made a mistake in front of their own penalty zone, after which the guests took control over the ball, Anicet passed to Joao Paulo, who shot dangerously, but the ball went out on the left side of Kitanov’s gate.

Virgil Misidjan scored the first and only goal in the 49th minute. Joao Paulo passed to him, but Kitanov went ahead and caught the ball only to let it loose again, after which Misidjan had no problem scoring in the empty gate. The hosts lost one of their players in the 57th minute after Kevin Mercado received his second yellow card, which led to a red card. The referee Ivaylo Stoyanov decided that Mercado was simulating in an attempt to cause a penalty shot, which was overruled. A few seconds later Nedyalkov hit Lukoki with his elbow despite the fact that the ball was already out, but the referee decided that he would not receive a second yellow card and this way he will stay in the game. In the 65th minute Ludogorets organized a fast counter attack, which led to a pass to Lukoki, who tried to shoot from the penalty point, but Chorbadzhiyski pushed him on the back. The referee Stoyanov once again decided that there is no reason for a penalty shot. In the 86th minute Ludogorets had the chance to confirm their win with one more goal, but the replacement Jonathan Cafu missed a great opportunity to score, after he shot from a 5-6 meter distance with his head, but the ball went above CSKA’s gate. 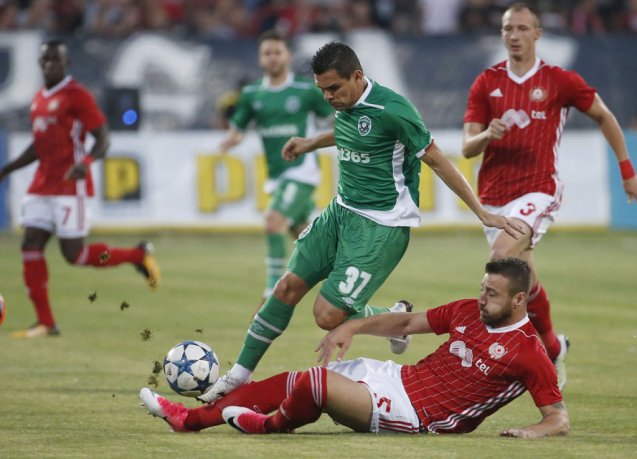