Ludogorets finished their training camp in Austria with one last win. The main composition of the team defeated 2:0 the fifth team in Russia’s... 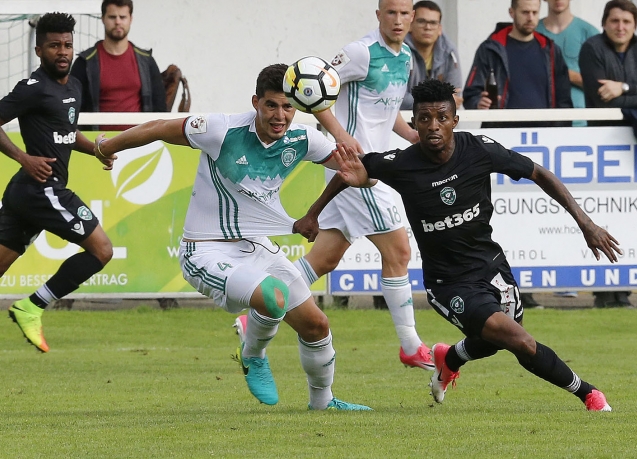 Ludogorets finished their training camp in Austria with one last win. The main composition of the team defeated 2:0 the fifth team in Russia’s championship – Akhmat (Grozny). The goals were scored by Wanderson in the first half and Marcelinho in the second half. “The Eagles” are leaving the Alpine country with four wins, one even score and one loss. The new gatekeeper Jorge Broun made his debut in the game and played the whole time. The former Colon and Rosario Central player showed skills and saved brilliantly during the second part.

The game took off good for “The Eagles”. The first interesting situation happened in the second minute, when Wanderson broke through the left side and shot towards the penalty zone where Jody Lukoki tried to receive the pass, but did not do it well. Seconds later Ludogorets organized a great attack. Marcelinho and Cicinho played with the ball between themselves and the second one found himself in a good position to shoot, but could not finish the attack. In the 11th minute Lukoki missed again. The Ludogorets captain, Marcelinho, passed to Lukoki, but the 24-years old player was innacurate and hit the ball with his head, sending it out. The logical thing happened in the 24th minute, when Cicinho fought for the ball and immediately shot towards the penalty zone, where Wanderson was waiting and had no trouble finding Gudiev’s net.

In the beginning of the second part of the game “The Eagles” scored again. Marcelinho scored the second goal skilfully, thus finishing a good counterattack. Oleg Kononov’s players managed to organize their first decent attack in the 55th minute. Mirzov tested Jorge Broun’s reflexes, but the gatekeeper showed his class and kicked the ball into a corner. Wanderson passed to Moti, who tried to pass the ball to Marcelinho instead of aiming at the gate.

Ludogorets will play a new preliminary game on July 7th in Razgrad. This will be the last one of them before the game with Zalgiris as a part of the second round of the Champions League. 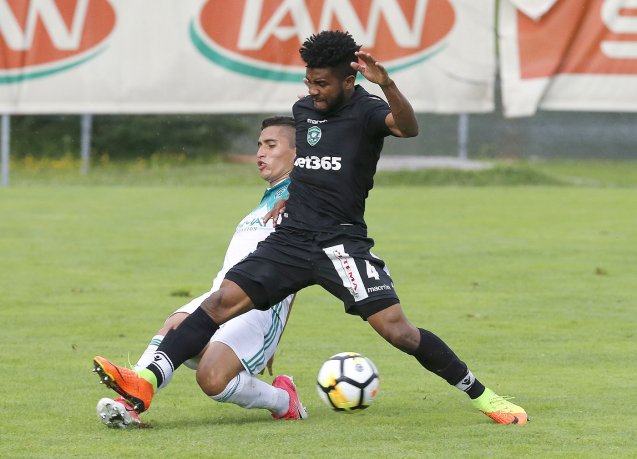