PFC Ludogorets continues to bring joy to their youngest fans

PFC Ludogorets continuously surprises the children who are participating in the “Aurubis training camp”. Except for the trainings at the best and... 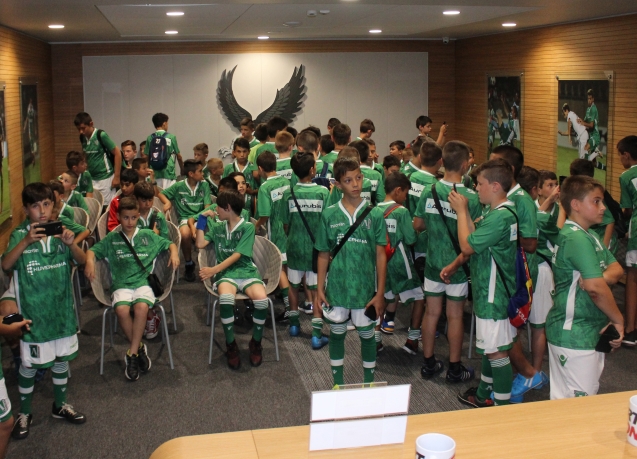 PFC Ludogorets continuously surprises the children who are participating in the “Aurubis training camp”.

Except for the trainings at the best and most modern training base in Bulgaria, the participants paid a visit to the Abritus museum. There they walked around the fortress walls of the old Roman city, saw different exhibit items and had the chance to feel the ancient Greek world in the interactive section of the museum.

The legendary Bulgarian football player Radi Zdravkov joined the training session of the kids and showed them some specific football exercises.

The kids had the unique opportunity to see up close the champion trophies, won over the past six years by the team. Everyone took part in the tour of Ludogorets Arena stadium, which went through the main team’s locker rooms, the “Moti” grandstand and the champions’ field. They took many photos and selfies to capture the moment. They also enjoyed a video with glorious moments from the club’s history, and the tour was accompanied by the Ludogorets anthem.