Ludogorets won his first friendly with 6:1

Ludogorets won with 6:1 against Septemvri – Simitli, in a friendly played yesterday in the town of Smolyan. 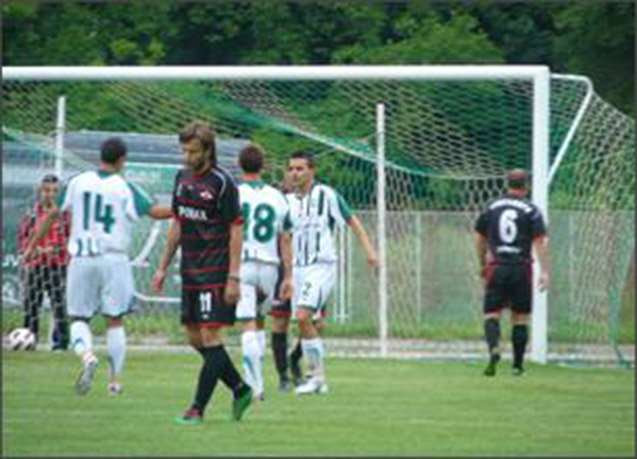 Ludogorets won with 6:1 against Septemvri – Simitli, in a friendly played yesterday in the town of Smolyan. Ivaylo Petev's boys leaded the game the entire time logically scoring a victory in the first friendly of the summer preparation.

Three of the goals were scored by Miroslav Antonov, the other three, respectively, by Mihail Aleksandrov, Todor Kolev and Emil Gargorov. Badema ("the almond"), who made his unofficial debut for Ludogorets, also assisted two times. Five of the goals for Ludogorets were scored during the first half-time. Most of the players in good physical condition at disposal of Ivaylo Petev took part in the friendly.