Ludogorets finished the season with a draw

Ludogorets made 1: 1 with Beroe in their last game of the season. In front of over 7000 viewers visitors took the lead with 1: 0, but Zlatinski... 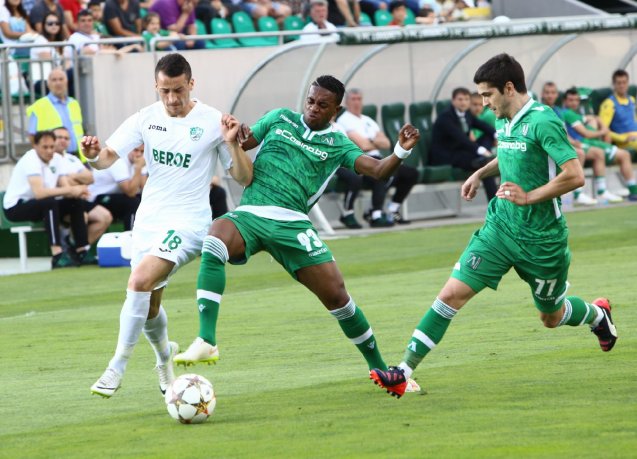 Ludogorets made 1:1 with Beroe in their last game of the season. In front of over 7000 viewers visitors took the lead with 1: 0, but Zlatinski brought  Ludogorets a point with a goal from  penalty  in the 90th minute.

Ludogorets started the game strongly and Hristo Zlatinski could have scored a very beautiful goal from foul  in the 6th minute. The ball did not hit the door. The visitors’ headquarters received the bad news  that in the 17th minute Salim Kerkar had to be replaced with Stanislav Kostov. Algerian collided with Zlatinski and injured his knee. In the 25th minute Beroe first looked more boldly to the door of Argilashki. Mapuku shot, but the young guard handled it. Later again Congolese striker fired an excellent header but the shot passed by inches the crossbar.

The second part began with serious pressure by Beroe as early as in the 49th minute Mapuku launched a real bomb, but Argilashki knocked the ball out. After the corner, Elias fired a header, but Mihail Alexandrov interposed. In the 62nd minute Ludogorets could have led.  Hamza brought out Anicet, but alone against  Pirgov, the Malagasy shot low. Seconds after this the substitute Anton Ognianov fulfill a free kick, but Argilashki saved. But nothing could save Ludogorets in the 66th minute. Ognianov broke through the left and gave the ball back to Stanislav Kostov, who scored with his left foot for 1: 0. In the last minutes of the game, the "eagles" tightened the ring in front of Pirgov. In the last minute of the regular time Misidjan was brought out behind Beroe’s defence and collided with Ilko Pirgov, for which the referee Georgi Kabakov gave a penalty. Hristo Zlatinski stood behind the ball and did not flinch - 1: 1. This way the “eagles” finished the season unbeaten at home. Beroe are vice champions. 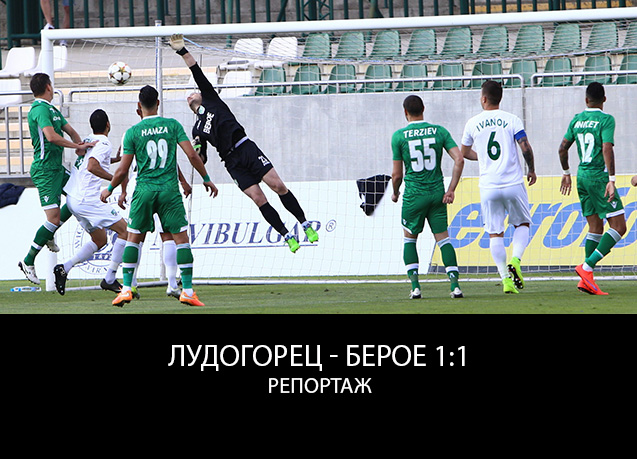