Ludogorets’ fifth victory in a row over CSKA

Ludogorets snatched another win against CSKA. In a match from Round V of A Group, the Eagles beat the Reds without seven of their first team players.... 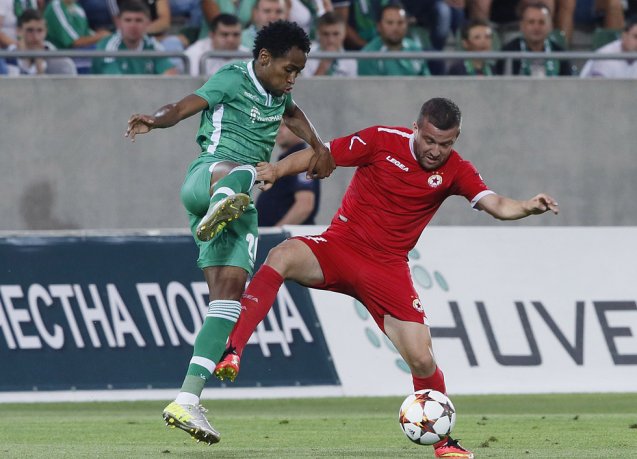 Ludogorets snatched another win against CSKA. In a match from Round V of A Group, the Eagles beat the Reds without seven of their first team players. And again, CSKA didn’t manage to score against the Champions although they had some good chances in the second half.

The match started with no team gaining advantage and CSKA was the first team to have a good chance for scoring. In the 11th minute Tunchev saw his header saved by the goalkeeper Cvorovic. After the 15th minute Ludogorets started playing more attackingly and the problems for Jakub Divis didn’t wait much. In the 30th minute Choko centered the ball from the right into the penalty area, Virgil Misidjan outrun Apostol Popov and scored for 1-0.

Ludogortes secured the game in the 51st minute. The new signing Younes Hamza made it 2-0 after a close distance header. The Tunisian striker scored also in the Bulgarian Super Cup 2014 match against his former club Botev of Plovdiv for the champions’ 3-1 victory in Burgas.

After the second goal Ludogorets slowed down the pace and CSKA got several chances to score. Cvorovic made a fantastic save to deny Bus in the 67th minute. Tunchev’s strike hit the post. The Eagles had a chance to make it 3-0 but Dani Abalo missed it in the final minutes of the game.

The FC Steaua’s coach Constantin Gâlcă arrived in Razgrad to watch the match against CSKA. He was accompanied by his assistant and two scouts of the famous Romanian club. Ludogorets will face Steaua on Tuesday night, 21:45 EET, at Arena Nationala in Bucharest in the UEFA Champions League play-off first leg.