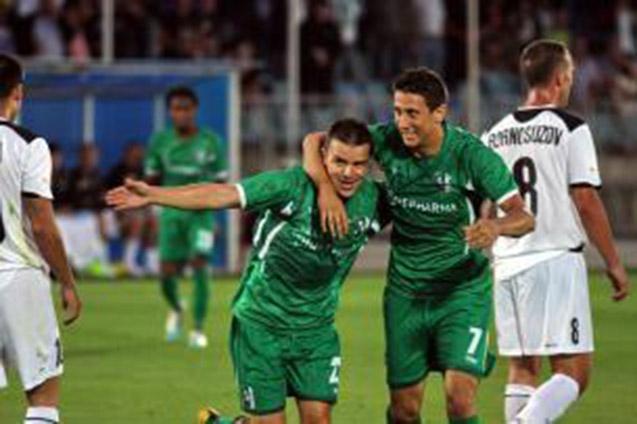 Ludogorets’s talented football player Mihail Alexandrov was called in the national team today. Our national players will play a friendly match with Ukraine on October 7 in Kiev, and an EURO 2012 qualification match with Wells that will take place on October 11, 19:30 h, in Sofia.The fast winger of Ludogorets, who scored the victory goal against Cherno more, will attend the group on Monday, October 3, at 14 h, in Pravets.
The invitation to the 22-year-old player came out naturally, since Mihail Alexandrov had some big games for Ludogorets from the beginning of the season, and he was also at the foundation of the winning series that made the team so famous in our championship. Besides the victory goal against Cherno more, Alexandrov scored also one of the goals during the game against Slavia, and assisted for another.
Mihail Alexandrov is born on June 11, 1989. Youth player of CSKA from their Children and Youth Football Academy. He has played for Borussia Dortmund as well, and last season he was a player of Academic Sofia. Playing for Ludogorets since winter of 2011. Besides him, national team’s head coach Mihail Madanski included in his list of substitutes Svetoslav Dyakov - Ludogorets’s defensive midfielder.