Organization and security measures before Ludogorets - CSKA-Sofia on Monday

PFC Ludogorets announces that the club and the police in Razgrad will take serious measures to protect public before, during and after tomorrow's... 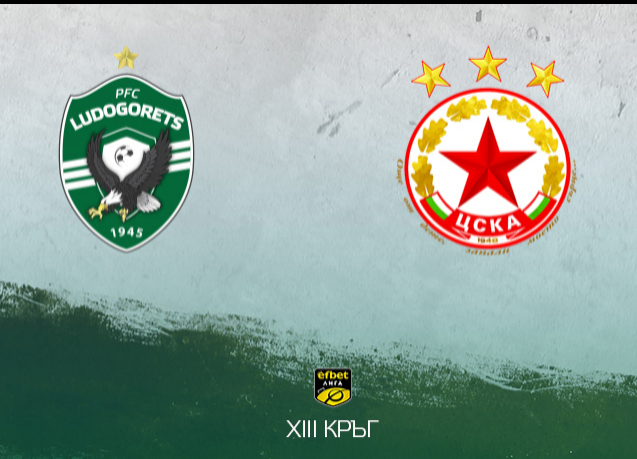 PFC Ludogorets announces that the club and the police in Razgrad will take serious measures to protect public before, during and after tomorrow's match of the XIII round of the efbet League against CSKA-Sofia at the "Huvepharma Arena", which starts at 7 p.m.

The club has announced that fans wearing guest club merchandise will not be allowed into the home supporters' sections. For supporters of CSKA-Sofia, the guest section is provided.

Access to the stadium will not be granted to intoxicated persons and those who have used narcotic substances. The importation of sharp and health-threatening objects, as well as the use of pyrotechnics, is absolutely prohibited. Access with cold weapons and firearms, as well as protective gas sprays, is also prohibited. Fans are subject to detailed checks on the stadium entrances.

Today, tickets will be sold at the box office on "Vasil Levski" street from 12:00 to 17:00. Tomorrow the ticket office opens at 10:00 and will work until the start of the match at 19:00. On the day of match at 5:00 p.m., the box office of the "Guests" section opens, where tickets for CSKA-Sofia supporters will be sold.

In order to ensure the safety, cars in the sports area will be temporarily restricted. From 4:30 p.m., checkpoints will be set up on Veterinarna, Marmorno More and Severen Boulevard streets.

PFC Ludogorets reminds that attendees with persons under the age of 18 must submit a completed guardian declaration. These are handed out in person when buying a ticket. They can also be downloaded from the main page of the club's official website www.ludogorets.com

For the match with CSKA-Sofia, "Huvepharma Arena" opens doors at 5:00 p.m. PFC Ludogorets calls on fans to come to the stadium earlier, if possible, to avoid crowding at the entrances immediately before the start of the match.