Ludogorets will continue their European appearances in the Conference League after losing their last Europa League match 3:1 against Roma in a highly... 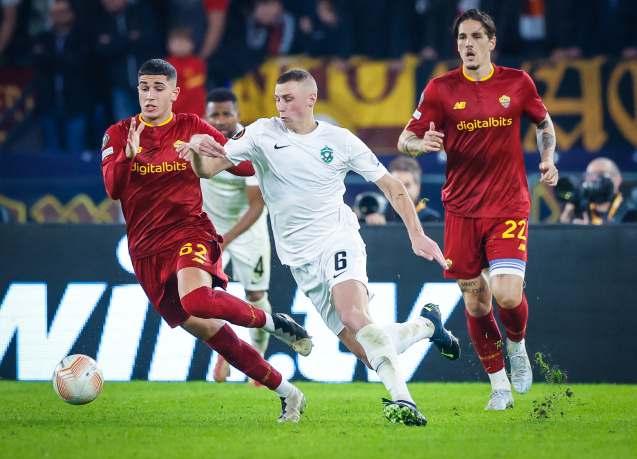 Ludogorets will continue their European appearances in the Conference League after losing their last Europa League match 3:1 against Roma in a highly dramatic match played at a full Olimpico.

The Eagles played a very solid first half and took a logical lead in the 42nd minute when Rick Jhonatan collected the ball from the Ludogorets half and crossed the rest of the pitch to power Rui Patricio's net.

The second half started spontaneously for the Giallorossi after the changes imposed by Jose Mourinho, but referee Nikola Dabanovic gave two highly controversial penalties to the hosts within 10 minutes, which were converted by Lorenzo Pellegrini and they turned the game around.

In the 75th minute, Dabanovic intervened again after disallowing a goal scored by Nonato after reviewing the VAR and seeing a foul on Rick Jhonatan.

Five minutes before the end of the match, Nicolo Zaniolo sent the ball into the Ludogorets net for the third time and ranked Roma as the second team in Group C ahead in the second strongest UEFA tournament.