Dear fans of Ludogorets, Our favorite team achieved an important victory against CSKA-Sofia and added three points in the fight for the title. It was... 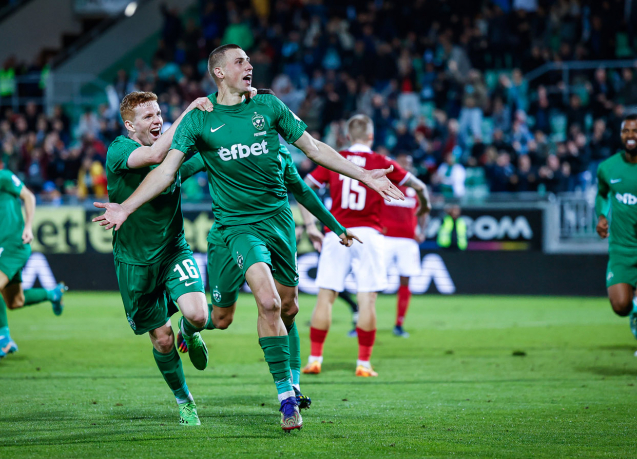 Our favorite team achieved an important victory against CSKA-Sofia and added three points in the fight for the title. It was a valuable success at a difficult time. A moment in which the Bulgarian champion is fighting hard to get out of the group in the Europa League with the top teams of Roma and Betis and the tough Scandinavians HJK. We take this opportunity to thank you for your support and belief in a positive result on Monday night.

Footbal is a game where the most important thing is to score one more goal than the opponent. And to take the full asset of points. In this sense, we will not argue with the analysts who insist that Ludogorets played poorly. It is these analysts who willfully miss that three days ago the Eagles played a very tough 90 minutes on the artificial pitch in Helsinki in a ferocious battle with the healthy Finns. And that in two days this battle will be repeated. We are proud of the work of our boys and know that they will continue to please us with strong games, as they have shown more than once.

The match with CSKA-Sofia is already in history. We will not play clips with Tekpetey. We are preparing for the next test - hosting HJK on Thursday. A match with a huge stake for Ludogorets. A match on which the future of the team in European tournaments depends. The 11-time champions once again have an incredible chance to finish second in the group and qualify for the knockout stage next spring. And in a battle with Jose Mourinho's Roma. The Italian giant, led by the famous Portuguese specialist, was defeated once at "Huvepharma Arena" in Razgrad. He can also be defeated in the battle to get out of the group. But in the way of the "eagles" is Fenland HJK again. Ludogorets missed out on victory in Helsinki, but can get it at Huevefarma Arena on Thursday. With the support of all of you. To the loyal fans who are behind the team in every battle that comes on Thursday.

Let's be at the stadium on Thursday and support the boys against HJK!